Flight Simulator 98 (version 6.1), abbreviated as FS98, is generally regarded as a "service release", offering minor improvements, with a few notable exceptions: The simulator now also featured a helicopter (the Bell 206BIII JetRanger), as well as a generally improved interface for adding additional aircraft, sceneries, and sounds.

Other new "out of the box" aircraft included a revised Cessna 182 with a photorealistic instrument panel and updated flight model. The primary rationale for updating the 182 was Cessna's return to manufacturing that model in the late 1990s. The Learjet Model 45 business jet was also included, replacing the aging Learjet 35 from earlier versions. The Dynamic Scenery models were also vastly improved. One of the most noticeable improvements in this version was the ability to have independent panels and sounds for every aircraft. 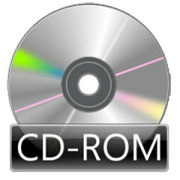 Uploaded by The Windows Archive on December 26, 2019